If you’re a Nigerian, I suppose you fully understand the term “Papa Ajasco” especially if you are in your 20’s.

For the sake of my foreign readers (Friends actually) , let me give you a brief description I got from Wikipedia –

“Papa Ajasco and Company, formerly The Ajasco Family is a Nigerian family television sitcom created by Wale Adenuga in 1996.

The show is a spin-off of a feature film of the same title produced by Wale Adenuga in 1984.

The story revolves around the Ajasco family and their comic interpretations to major societal issues”.

In a nutshell, Papa Ajasco is a comedy TV show here in Nigeria. The show still exists today but it wasn’t as EPIC as it used to be.

I remember when I was a kid, this TV show was a hot cake. Nobody dared to miss it.

When it was almost time for the show to begin, literally everyone would gather in the neighborhood to watch the show.

People gathered so much to watch the show, you would think a football match (Probably a World Cup game) was going on. 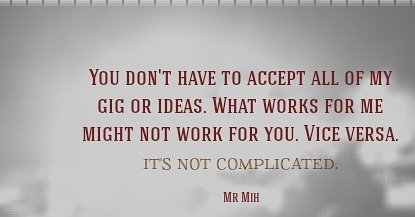 Not everyone had TV at the time in my neighborhood, the TV show made sworn enemies become friends.

Some people would arrive home early in order not to miss this show.

As soon as the show ends (An episode), people couldn’t wait for the next one. It was a weekly gig.

It was a freaking interesting and hilarious TV show at the time.

Today, the “Papa Ajasco” TV series that once used get everyone’s attention is almost no where to be found.

What happened? What went wrong? That’s exactly what I want to talk about briefly.

I’ll give it to you in a nutshell – Papa Ajasco TV series failed to dominate the market place.

The organizers of the show failed to evolve fast enough with the change in the industry.

They had content but they failed to keep it fresh and exciting as it used to be.

As the TV channels increased, they failed to appear on most of them – They had their customer’s attention divided.

If you’re winning today, you don’t want to rest on your laurels. 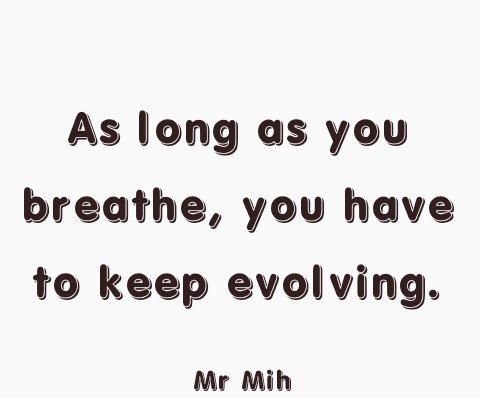 Anyone or any business that does that (Resting on yesterday’s victories) is preparing to crash.

The same principle works in your relationships.

Fail to keep things fresh and you’re setting yourself up for break up or depression.

As long as you breathe, you have to keep evolving. You want to breathe life into your business? You have to constantly evolve.

Look, the world is moving at a very fast pace.

If you can’t catch up “mentally”, you’re in trouble!

Always look for creative ways to upgrade your craft.

You want to understand what I’m trying to pitch to you better? I suggest you get my recent eBook – “Flames Of Victory”.

In the book, I fully explained the 14/1 principle (The lethal weapon) . Get it HERE!

This principle reveals the secret of every dominating sector on the planet and how you can insert it into your craft.

Please SHARE If This Message Resonates Well With You!

P.S– Check Out Our Facebook Page HERE For Daily Amazing Posts Or Contents!